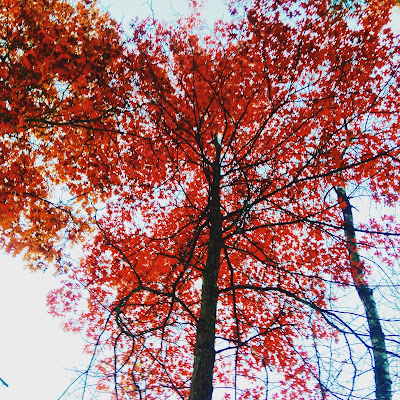 Autumn 2018 belongs to Venus. Yes. The whole damn thing. Not only is Libra season always ruled by Venus, this year the planet of love, art, beauty and relationship goes retrograde in Scorpio and Libra October 5-November 16. October also hosts two lunations ruled by this back-spinning planet: a new moon in Libra on October 8 and a full moon in Taurus (also ruled by Venus) on October 24. When Venus goes direct it will take the rest of the season to clear its shadow (go over the territory it covered while retrograde). So, settle in for 2 more months of the Retrograde Venus Show.

This all means Venus is the star of Scorpio season as well. We’ll be reviewing all the material in the “discard pile” when it comes to partnerships, creative projects, and our finances. Yep, Venus rules our values, which include our material possessions and assets. Scorpio represents that “discard pile”; all the issues we consider dead and buried, undesirable, or even poisonous. It’s all the stuff we put in our psychological, physical, emotional and literal sewers.

We all have sewer. That’s where the waste goes, whether it’s actual waste or useful stuff that feels too gross and scary to deal with. But that stuff never goes away. It just moves to our cesspool. We need to acknowledge what’s in there and include it as a necessary part of our lives. We don’t need to live there, but to avoid it is to invite stagnation and toxicity. This is why we need Scorpio. Scorpio sees in the dark, talks to the dead, and isn’t afraid to dumpster dive. Scorpio intrinsically understands that death feeds life and our most powerful medicine resides in our most lethal poison.

When Venus visits the underworld we visit our darker sides and redefine, if only temporarily, what sweetness means. Venus wants us to understand the value of a little pain in our pleasure, and that being elbow deep in shit today is the promise of rose petals and perfume tomorrow…if we work with it. It’s time for Venus to visit all the places that are off limits and retrieve what it needs to evolve. It’s time to get in there.

Join MargheritaTisato and I on Wednesday October 24th at 7PM at Juniper as we call in all that is regenerative, transforming and true into our bodies. It should be an especially deep dive this evening due to the full moon! Enjoy all the fall festivities and here is a guide for all your Scorpio season meditations. XOC

Polarity: Yin. Scorpio magnetizes resources to itself from sources outside itself. It pulls in.

Ruled by Mars and Pluto: Mars rules both Aries and Scorpio. We can think of Scorpio as the feminine manifestation of Martial principals. In place of war, division, individuality, frank action, physical surgery, and animal sex we have strategy, power, merging, subterfuge, psychological surgery, sex as emotional bonding. Pluto is the modern ruler of Scorpio lending the archetypal energies of transformation, alchemy, and the “underworld.” The symbols are the scorpion, the eagle, the serpent and the phoenix.

Somatic or breath meditation on the pelvic floor or sphincter.
Noticing the breath when its engaged or released. Strengthening and relaxing pelvic floor and sphincter.

Examining the places in breath, movement or thought where one thing transforms into another, i.e. the inhale turns into the exhale, a beginning turns into an end turns into a beginning…

Feeling the intensity of “loading” muscles and letting them go. Imposing the will onto the body, then receiving.

Sending attention and breath to the intimate body parts (the sex parts and bathroom parts).

The study or practice of tantra and butoh.

Exploring taboo movement. Are there movements that our society or our families have told us are off limits?

Learning movement sequences from others and making your personal contribution to create something new.

Great time for a space or body cleanse. Exfoliate!
Posted by Body Intelligence at 4:02 PM