I’m surrounded by Pisces. Pisces friends, exes, students, clients, collaborators…I really have no business being around them, being of an Aries persuasion and all. The two really have nothing to do with each other; Aries is individuation, Pisces is unity. Aries is frank, Pisces is occult. Aries is the beginning, Pisces is the end. But, there’s a door in the “other people” area of my natal chart that swings wide open for the slippery sign of the fish.

I’m perpetually enchanted, frustrated, and lost with this energy. It’s an intoxicating miasma. For those of you who aren’t generally beguiled by Pisces’ special charm, let’s see you swim your way out of this eclipse. It’s the grand finale in an 18-month run of eclipses on the Pisces-Virgo axis. So this is the end. The end. (For about a decade anyway). Everything must go! The Pisces-Virgo axis is about purification and healing.

Any relationship that’s been hanging on by a thread, old situations on life support, projects on their last legs will be dissolved.  And you can forget about getting too comfy on that fence. If nothing comes up for you right now, see what washes up on the shore in the next few weeks. Pay attention to intuitive hits, gut feelings, and odd synchronicities. This is how Pisces communicates. Pisces wants you to be emotionally lean, gracefully let go, and float…onto the next thing.

Now, here’s where it gets really weird: at the exact time we get this dreamy eclipse in Pisces (conjunct Neptune and south node, with Mercury and Chiron hangin in Pisces too), we’re getting an exact conjunction of Mars and Uranus in Aries. That’s Mars, god of war, in his own sign conjunct Uranus, planet of rebellion. This is fireworks! This is sudden departure. Traditionally it’s violence, and accidents that arise from unchecked anger. It could be accelerated actions and unpredictable impulses of all kinds.

So, depending on where these aspects fall in your chart and what you’ve been up to the past couple of years, you may feel one vibe more than the other. You may feel both; sort of like floating up from the bottom of the pool and drawing your first breath of fire. 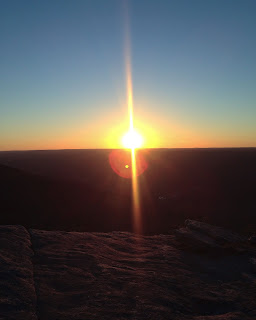 Posted by Body Intelligence at 3:11 PM